2BaB Foundation was founded in 2006 with the primary goal to improve health care on the island. Locally, many new partners have joined  us and we have started many new activities. Also, we were able to achieve some successes by our constant presence, friendly requests and, when necessary, polite insistence.

The first success was that Jinack got a bush ambulance at their disposal. Then, at the request of our sister organization, the woman’s association Kutejumbulu, we built a health clinic (with 10 beds) on the island in the summer of 2009. The clinic is running successfully without any concerns. In 2010, we started a farm project with 15 hectares of land. Furthermore, we supplied public bathrooms to improve the quality of the water. Last year, the first (new) closed well was

We have improved the road that leads from the highway to the island: sand was replaced by gravel. Our “own” general practitioner has been in training on the local faculty of medicine for 5 years now. We have been offering work in administration, the clinic, ambulance transportation and on the farm, as well as during construction activities, all fulfilled by inhabitants of Jinack.

And last but definitely not least we successfully lobbied for the arrival of eleven teachers on the island, so that by now 364 pupils receive good education. A new building to house the teachers was built in 2013. Three new teacher were recently employed and the Full Basic Cycle of education is now a fact: after six years of Lower Basic education, Jinack’s children can now move on to groups 7 to 9 of Upper Basis Education that were added. The first crop of pupils is now ready to enroll in the upper level and will complete a minimum of nine years of education, which is quite an improvement compared to the scarce education that was offered in the past.

And now the time has come to build decent school buildings so that the pupils can learn under good conditions and have enough space. Unfortunately, one of the two existing buildings that is used can hardly be called a building. Other than that, the classrooms are used in double shifts because of the overpopulation in the school.

Nonetheless, “our” school was judged the best of the district and ranked third best of the entire province of Kerewan during a recent quality inspection!

We have closed a special deal with the government, that is providing the teachers. The construction of a building with three classrooms has begun. In return, we will build a five classroom building. Both will provide a six cubicle toilet block and the government will add a teachers room. 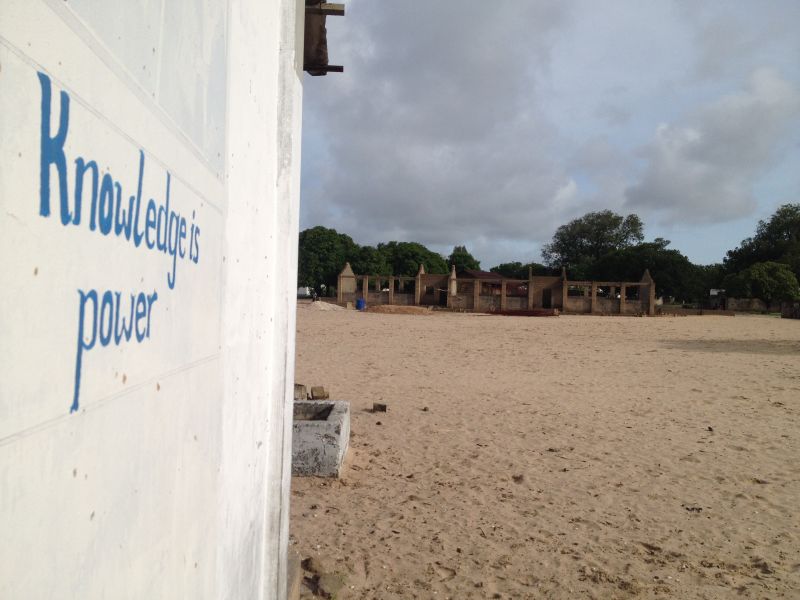 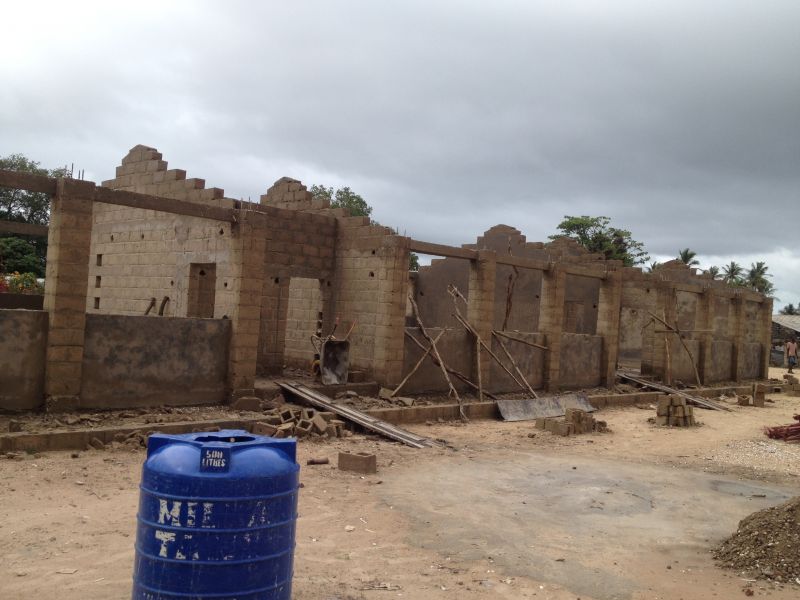 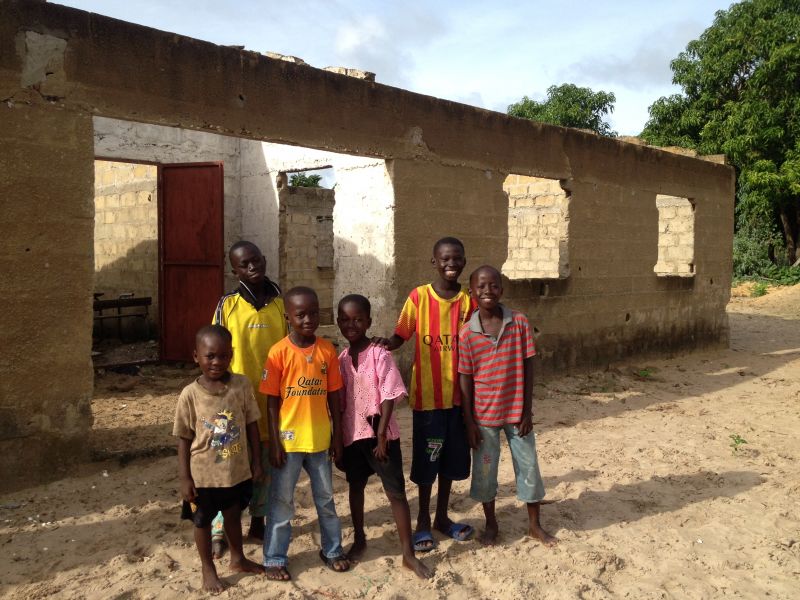